Are autonomous observation platforms which are allowed to drift freely and whilst recording their position.

The SOCIB Lagrangian platform infrastructure is made up of surface drifting buoys and profilers which are launched out at sea, their movements, directed by the surface currents, are monitored. Their position is located via satellite positioning so their trajectory and velocity can be calculated and their paths provide a map of the currents.

The Lagrangian method is used to ascertain the flow of currents, the basis of which is to observe the path of an object being transported by the current.

Surface drifting buoys released in the Alboran Sea during the month of July , 2014.

The surface drifting buoys are platforms designed for moving on the surface with the currents by means of flotation devices. The buoys are platforms designed to incorporate various measuring systems (temperature and the velocity of the upper surface of the ocean) and transmit the data they collect, as well as their position, via satellite. In order to avoid strong winds from dragging the buoys out of the study area, the buoys have some form of subsurface drogue or sea anchor. There are various designs with varying anchorage elements although they usually have a holey-sock drogue of up to 10 metres in length. 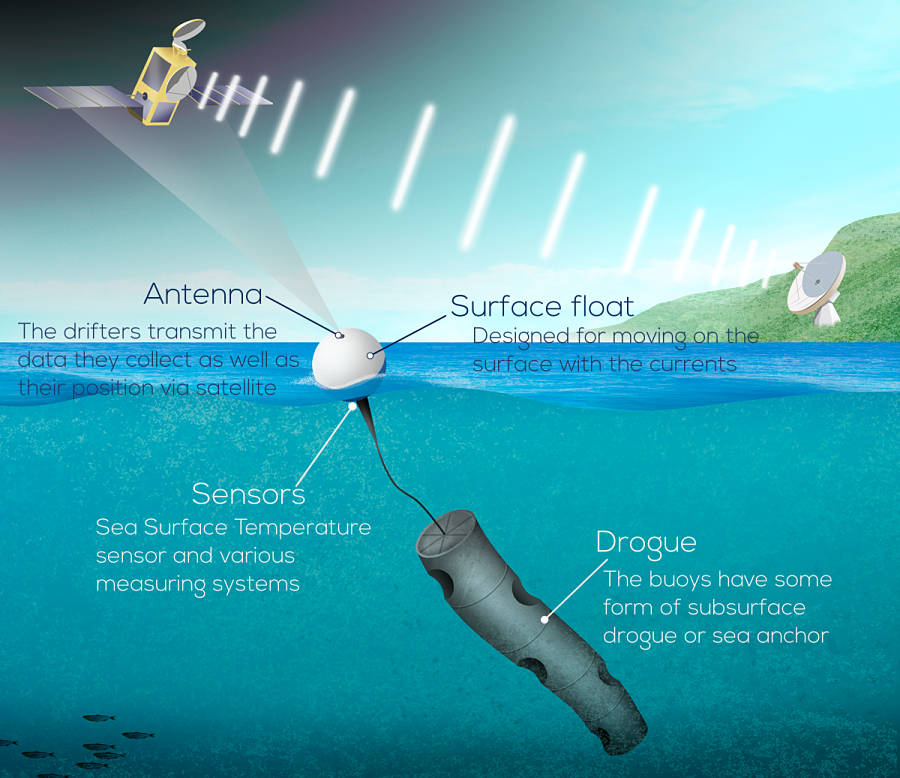 Autonomous drifting profilers enable ocean currents to be traced at various depths since they remain sunken for a few weeks and return to the surface for a brief period to transmit data from their sensors via satellite.

These floats are a valuable source of information about the circulation patterns and the variability of the surface layer of seas and oceans.  These currents are the subject of study since they are closely linked to global climate. In this respect the global network of Argo floats has proved to be a key element in Global Climate Observing System/Global Ocean Observing System (GCOS/GOOS) for their role in mapping surface currents and providing a quantitative description of the ocean climate variability, over different time scales, including observations about heat and fresh water storage and transport.

At the following image you can see a cycle of drifting profiler at the Mediterranean Sea. 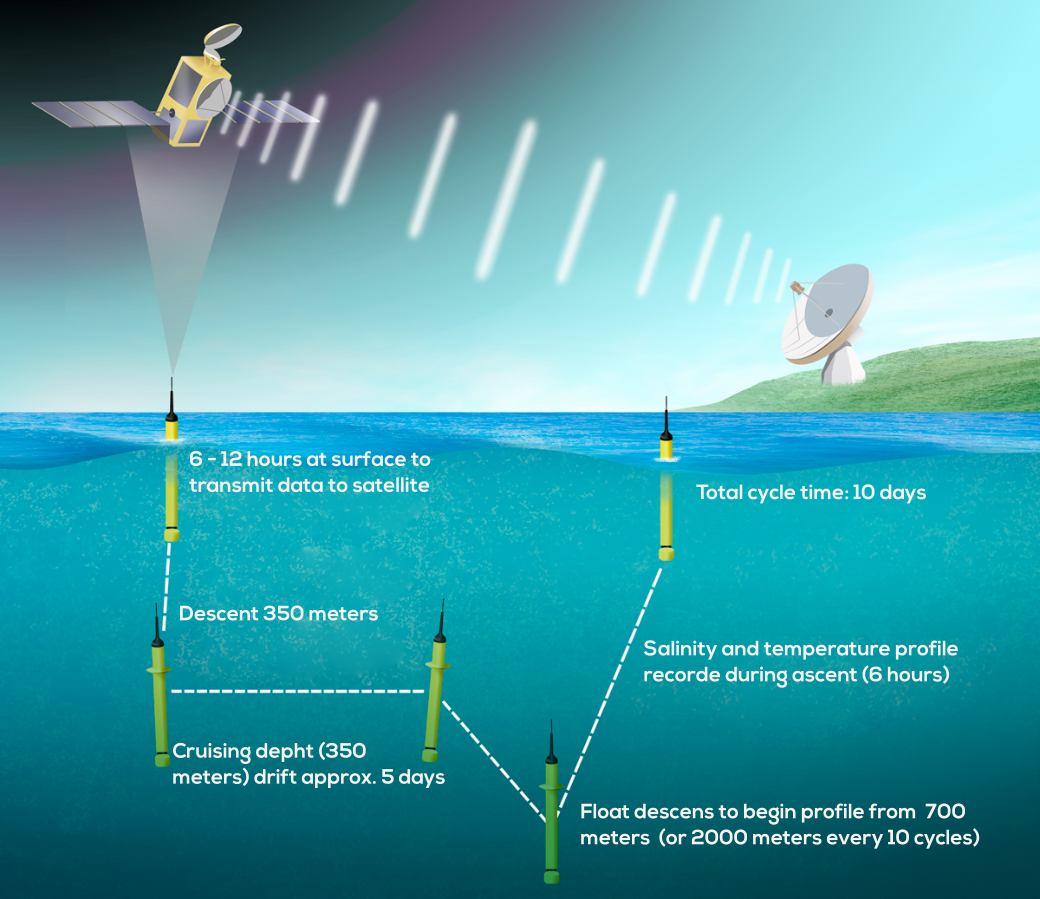 The Lagrangian drifters enable us to understand the circulation of currents, which is of particular interest for:

Thanks to its infrastructure of Lagrangian platforms SOCIB has an established periodic drifter launch program to assist scientific requirements, within the framework of the Global Drifter Program and Euro Argo. 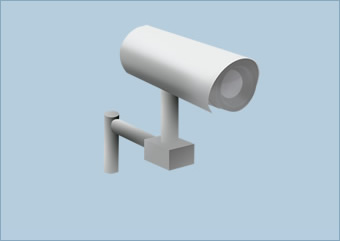 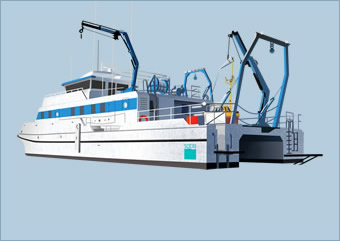 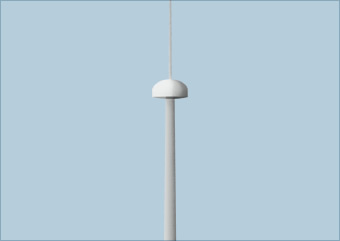 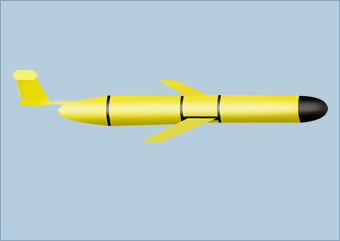 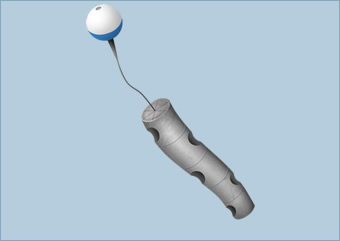 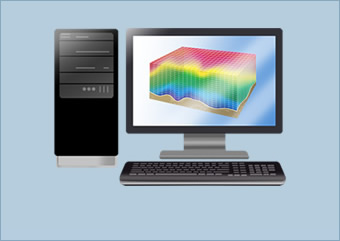 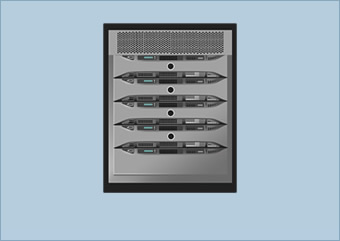